Sometimes we take for granted how truly great the restaurant scene is here in Portland. Portland, Maine that is. I would guess some would describe this small city by the ocean as the hub of New England foodie towns. It’s a small city, charming really, and quintessentially New England – and it has amazing food. It seems that every other day there’s some new burger joint, farm-to-table eatery or talented new chef opening something fabulous. Honestly it’s hard to keep up. That being said, some of the tried and true restaurants that have been here for decades, are still some of the best. Water’s Restaurant is one such example.

Jeff Buerhause, chef and owner of Walter’s Restaurant purchased it in 2004 with his wife, Cheryl and moved from the original location on Exchange, to Union Street six years later. It’s a warm comforting space with rich color and a welcoming feel. The food is beautifully presented, and the bar full of activity with folks who seem right at home. Specialty drinks, classically inspired food with an exotic flair, and an attention to detail make this one of my favorites. Photographing it, was fun, sampling the food was even better. 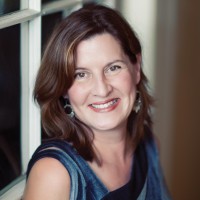 Author
sbbmaine@gmail.com Sarah Beard Buckley, is an award-winning portrait, lifestyle and editorial photographer. She has photographed for Maine Magazine, Maine Home+Design Magazine, AAA Magazine, Listed Magazine, Spark Magazine and Old Port Magazine among others. Her work is also marketed through Getty Images and used around the world in major advertising campaigns, book covers and on the web. Her background in art history and over fifteen years as an art consultant, allows her to capture her subjects with a unique artistic point of view.